Guiding you through the Brexit logistics maze

With the UK’s decision to leave the EU, also known as Brexit, businesses must prepare their logistics to guarantee goods’ smooth transport over the borders to and from the UK. From the beginning of 2021 you will have to navigate your transition, from free trade across Europe, to a Brexit compliant trade.

The negotiations and developments around Brexit are ever-changing – and since publishing our last Brexit update, more has happened. As Brexit gets closer, we want to keep you up to date with the key information you need to know, so that you can prepare your logistics.

That’s why we have gathered the most recent changes in connection to Brexit and its impact on logistics.

What will happen in the upcoming months?

The Brexit landscape continues to change with the latest addition of the new Kent Access Permit (KAP) scheme that has been put in place for lorries entering the county of Kent from 1st of January. Close relationships and co-ordination with your logistics partners and customs agents is the key to ensuring a smooth journey.

Along with the border systems and controls put in place for customs clearance and carriers from the 1st of January 2021, time is of the essence and it’s imperative that you have the control and visibility of your supply chain. By partnering with Maersk and Twill we have a variety of solutions and experts across our logistics segment that support and guide you through the new and challenging environment. 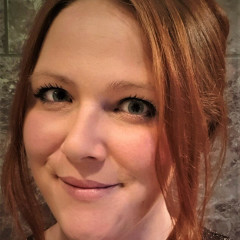 Twill and Maersk are here for you

As new Brexit rules are approaching, Twill won’t let you down. Being supercharged by industry leader, Maersk, we aren’t just moving your ocean and inland transportation – we can also connect you with Maersk’s CHB experts. They are experts in their field and are here to give you the support you need to move through the Brexit maze, and stay on top of the latest updates – such as the permit for lorry drivers to enter Kent after Brexit. Find out more about Maersk’s Brexit services.

Understand the implications of Brexit as negotiations come to an end

The deadline for Brexit negotiations is rapidly approaching. What does it mean to you and your business if a Brexit deal will not take place? We give you the latest news as well as an expert opinion on the current situation.

How Brexit will impact your supply chain

The final decisions on Brexit are close - and a lot of negotiations are ongoing - potentially affecting your supply chain. Find out more.

The final Brexit deal: What you should know now when trading internationally

The implications of the final Brexit deal for your business – 5 steps you need to take now to rethink your trade strategies.